Rock stars come and rock stars go. In an everchanging landscape of shifting musical trends, few artists stand the test of time. Belinda Carlisle is one of those rare talents who continues to remain relevant after nearly four decades in the business. Amidst changing tastes, the gifted and glamorous singer-songwriter has indelibly touched the hearts of pop fans around the world with her unique blend of gutsy vocals, emotively charged melodies and picturesque lyrics.

With a multi-dimensional, internationally acclaimed recording catalog and countless tours showcasing her chameleonic musical prowess, the woman who began her career as co-founder and lead vocalist of groundbreaking all-female new wave/rock band The Go-Go’s has amassed worldwide sales in excess of 15 million albums and singles. The Go-Go’s played a pivotal role in setting the tone of 1980s pop with their self-penned, multi-platinum debut album, Beauty and the Beat. Buoyed by Carlisle’s unmistakably emotive and edgy phrasing, the international top-10 singles “Our Lips Are Sealed” and “We Got the Beat” became enduring anthems for independent women from ages eight to 80 while redefining traditionally restrictive notions of so-called “girl groups.”

When the Go-Go’s went their separate ways in 1985 after three game-changing LP’s
(boasting further timeless anthems like “Vacation” and “Head Over Heels”), Belinda wasted no time in greasing the wheels for a solo career based on musical individuality and authenticity. Teaming with prolific film, TV, and record producer Michael Lloyd, she quickly released Belinda in 1986 and scored an out-of-the-box, gold-certified smash via the romantic slice of classic pop that is “Mad About You.” The unforgettable tune rocketed to #3 on the US pop charts, and its accompanying music video became a staple on MTV. A home video release filmed at The Roxy Theatre in Los Angeles previewed the energetic stage presence that legions of fans would come to associate with Belinda.

Heaven on Earth, Carlisle’s 1987 sophomore solo album, was undoubtedly the catalyst in transforming her from a successful artist with a loyal following to a household name in demand in arenas across the globe. The album’s lead-off single, “Heaven Is a Place on Earth,” climbed the top ten in no less than twelve countries while achieving multiple gold and silver certifications. Bolstered by an iconic video directed by Academy Award-winning actress Diane Keaton, the anthemic, driving pop gem marked the first of more than twenty top-charting global singles from five Carlisle albums reaching gold, platinum and multi-platinum sales marks.

The Grammy-nominated “Heaven Is a Place on Earth” was followed in 1988 by “I Get Weak” and “Circle in the Sand,” which put Belinda-mania into full effect alongside the commencement of Carlisle’s Good Heavens tour. The next year, she upped the ante even further with the Runaway Horses album and world tour. Six intercontinentally impactful singles, including “Leave a Light On” (featuring none other than The Beatles’ George Harrison on slide guitar), “La Luna,” and “Summer Rain,” kept her on the charts into early 1991, and she wasted no time entering the studio once again for the eclectic follow-up, Live Your Life Be Free. Blending her signature classic pop-inspired sound with hip dance influences, the album yielded a handful of hits across Europe including her own “Little Black Book” as well as “Half the World.”
The mid-‘90s signaled significant changes in Carlisle’s career and life. Becoming a mother, she relocated from her native Los Angeles to southeastern France and took creative control of her fifth solo disc, 1993’s Real. She served as co-producer and co-writer for over half of the album, which simmered with punk-driven undertones that informed her musical beginnings in the late ‘70s while still remaining boldly modern—as evidenced by the top-20 UK hit, “Big Scary Animal.” After a brief reunion with The Go-Go’s in 1994, she expanded her solo horizons further with the 1996 release of A Woman and A Man. The song selection showcased her vocal command in a variety of musical contexts via singles such as the sultry and soulful “Love in the Key of C” and the pensive West Coast Pop ballad “California,” featuring none other than The Beach Boys’ Brian Wilson on backing vocals.

Although a decade would pass before the release of her next studio album, Carlisle broadened her horizons in a number of outside ventures. Aside from actively engaging in work for non-profit organizations such as PETA and Greenpeace, she became a world traveler (outside of the touring circuit, that is) and reunited with her original bandmates for 2001’s God Bless The Go-Go’s. Several years later, she put into practice her love of the French language and her adopted homeland’s chanson style for her seventh solo set, 2007’s Voila. Showcasing her vocal savoir faire on coveted nuggets such as “La Vie En Rose,” “Ne Me Quitte Pas,” and “Bonnie Et Clyde,” the album featured the keyboard wizardry of Brian Eno and backing vocals by cross-cultural sensation Natacha Atlas.
2010 saw the publication of Carlisle’s revealing autobiography, Lips Unsealed, in which she discussed in depth the fascinating late-‘70s Los Angeles punk scene of which she was an integral part and her personal hard-won victory over substance abuse. The following year, she once again reteamed with The Go-Go’s for the 30th-anniversary
‘Ladies Gone Wild’ tour, during which time the group received a star on the Hollywood Walk of Fame. In 2014, she widened her humanitarian efforts as co-founder of the India-based Animal People Alliance, which helps both street animals in distress and impoverished women through fundraising and education.

After The Go-Go’s farewell tour in 2016, Carlisle embarked upon her most adventurous musical project yet. Adapting her longstanding love for the practice of Kundalini yoga to her enduring passion for performing, she upped the ante on her studies of the form’s musical premise: Sikh chants performed in Gurmukhi scripture. Combining the music’s traditional mantras with eclectic raga rock sounds, 2017’s Wilder Shores broke new artistic ground with its seamless integration of time-honored Hindu teachings into a modern American pop song structure. The album is Carlisle’s first new full-length recording for Edsel Records, the revered UK label which issued her 2013 comeback pop hit, “Sun”—as well as her entire solo back catalogue in special expanded CD/DVD editions.

In 2018, Carlisle is keeping her touring schedule filled with dates across the UK as well as America, where she will co-headline the ‘Retro Futura Tour’ with ABC in June and July. The spring will bring previews in San Francisco of Head Over Heels, a new musical featuring songs of The Go-Go’s. Produced by Gwyneth Paltrow, the show is set to debut on Broadway at the Hudson Theatre in the summer.
With Carlisle’s string of ‘80s and ‘90s hits recently coming to the attention of a new generation via Edsel’s much-lauded 18-track audio/video set The Collection, she is poised to retain her position as a prime purveyor of timeless pop. Her commitment to her craft and her well-rounded approach to life have kept her going strong throughout her career, and she shows no signs of slowing down. 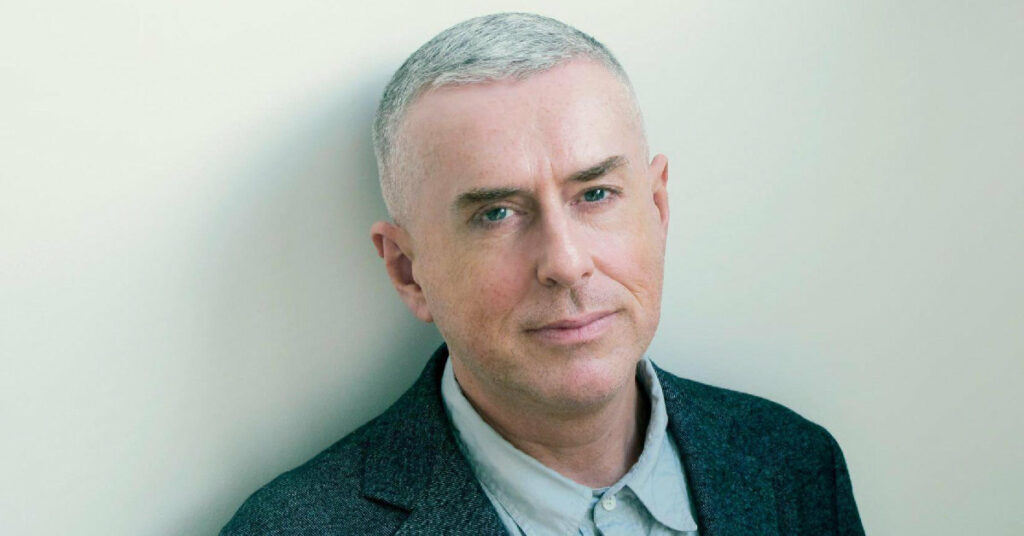 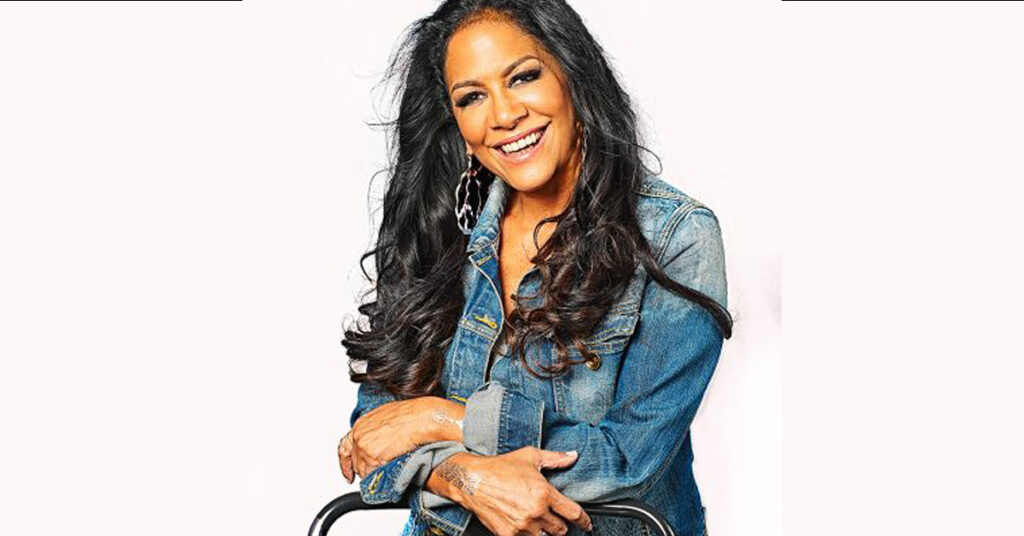 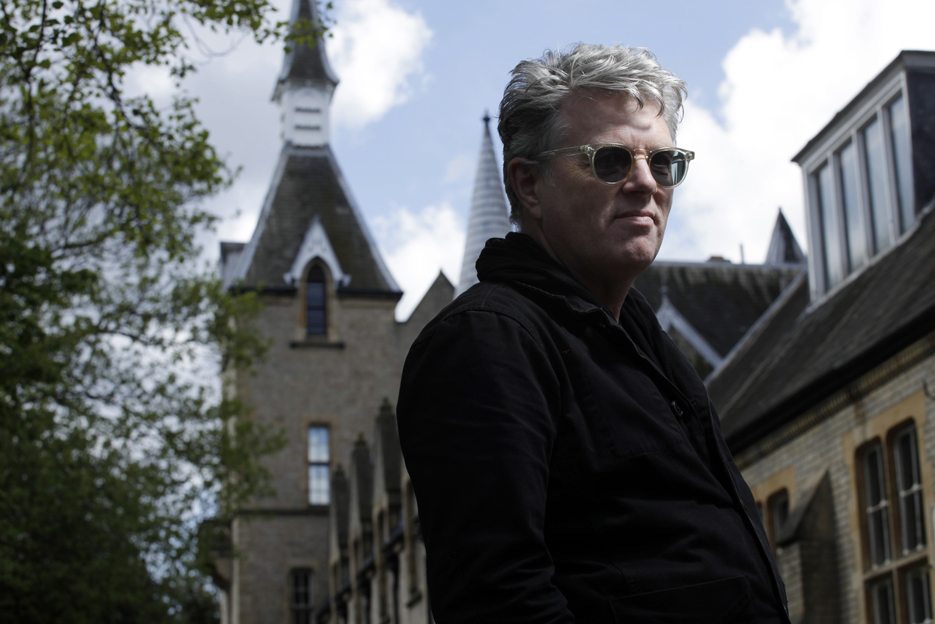 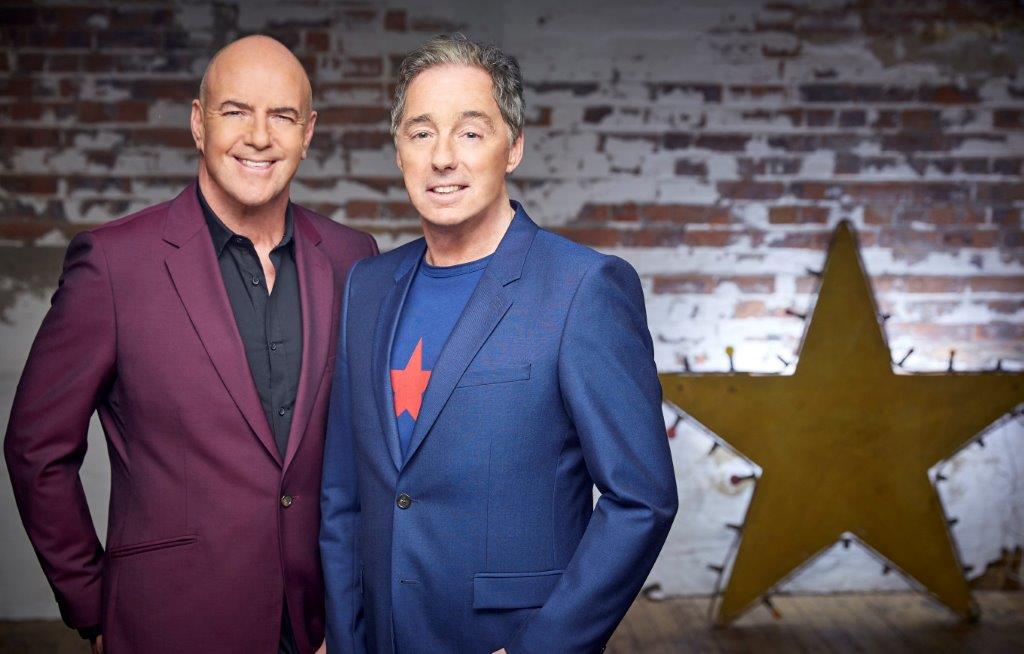 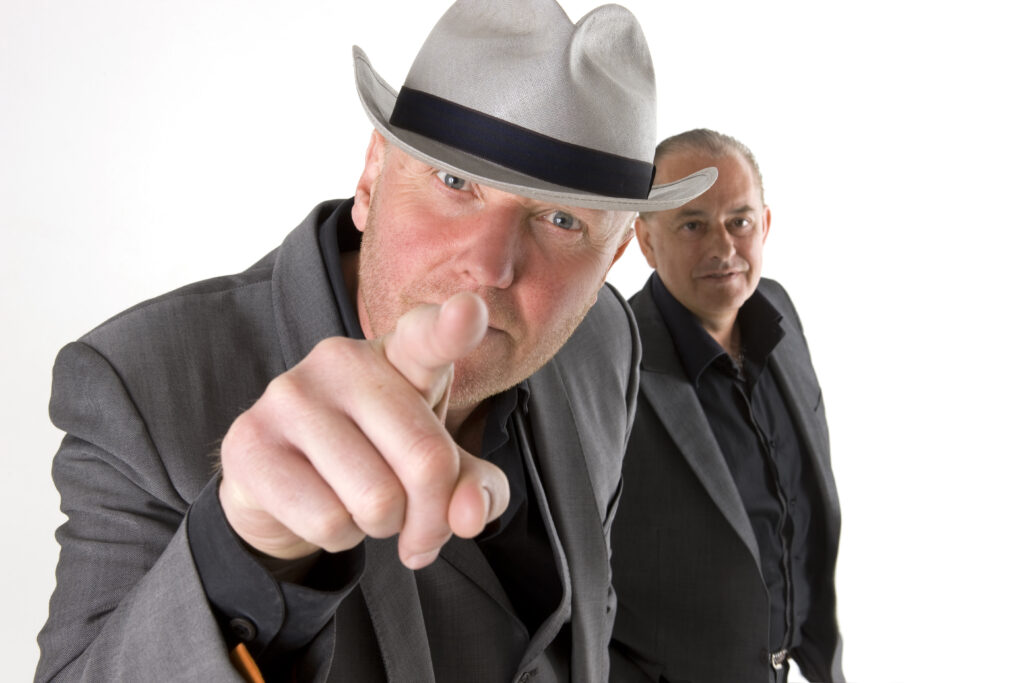 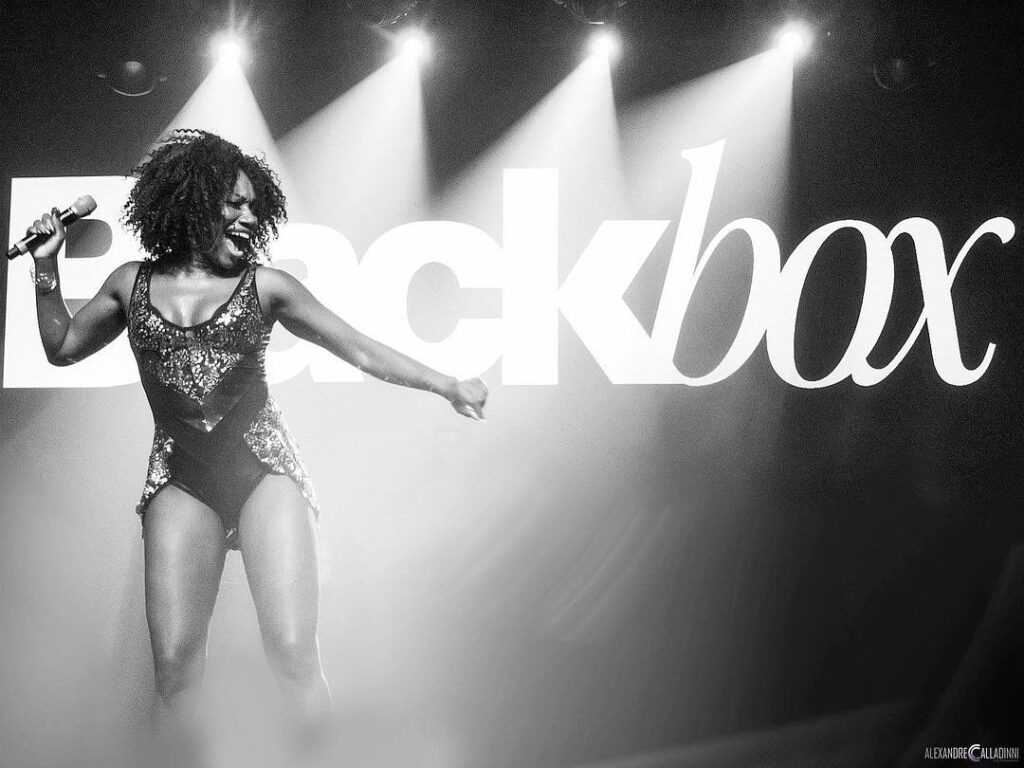 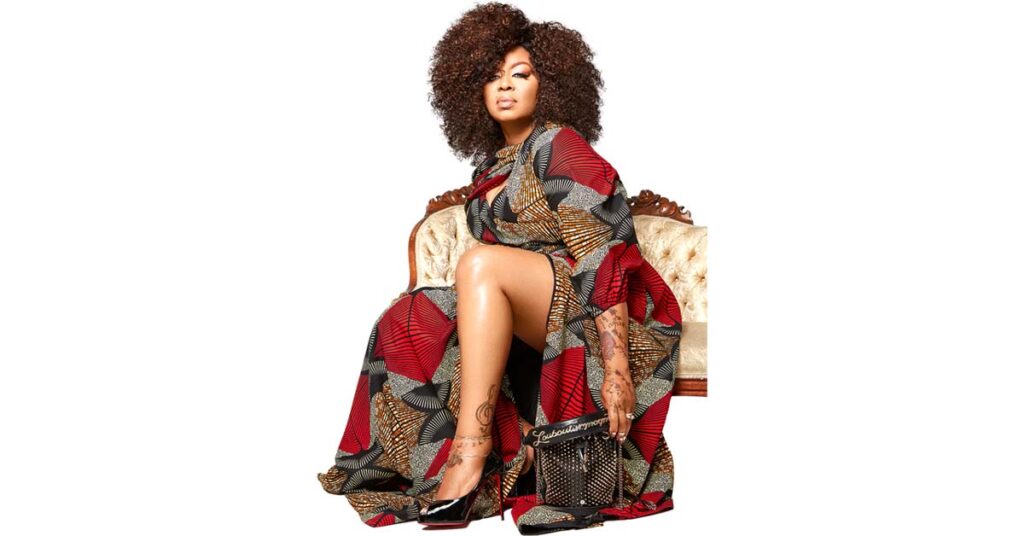